I know you all are having a hard time – we all are – and I certainly don't want to erase the reality of the moment, but looking back on my own activism and feminism, I realize that from difficult moments has often come some of my proudest moments.

When I was in college and the Casey v. Planned Parenthood decision seemed like the gravest attack on abortion rights, I marched on Washington and found myself confident enough to call myself a feminist. After watching LA on fire and walking through the racist-fueled abandoned streets of NYC after the Rodney King verdict, I came together with a group of then-random peers to create what became the Third Wave Foundation. When George W. Bush was appointed president, I had just published my first book, Manifesta: Young Women, Feminism & the Future, and began my career crisscrossing the U.S. speaking as an advocate for women’s rights. For the next decade, I spoke in every state (except South Dakota, Alaska, and Wyoming), realizing that in all of these “conservative” places, there were people defying the times and doing lots of feminism. Now, I am realizing that perhaps there has never been a moment to best realize a true intersectional agenda – the environmental groups, the immigrant rights groups, the reproductive justice groups, the LGBT groups – we can't afford to be silo-ed and divided – we need alliances now more than ever.

I am not implying that you have to march, write, or join a movement – but it is a moment to remember how important and valuable we each are individually. As I just said to a friend, as scary as it is to have the very unqualified Betsy DeVos as the head of the Department of Education, what we do on the ground is likely to have a bigger impact on education than what trickles down from the top. And while we are all likely to see our lives limited in some ways in the coming days, months, and years, it's likely that others are going to feel more endangered and so we have to figure out how to best support them; mostly how to best use the amazing resources to which we all have ready access.

I also don’t want the power of this political season to be lost. We are the majority. In fact, as feminists, we should be the least surprised by the results – we know how entrenched and incessant sexism and other forces are to preserve hierarchies.

As you know, I didn't expect Hillary Clinton to win (though I couldn't fathom that someone as tacky, egoistic, and racist as Trump would become president). I wanted her to win – and there was never a moment when I wasn’t in overdrive. But as a traveling feminist, I saw the hate and the resistance too intimately. None of that mattered. While I wish she was my president, it was an honor to even vote for her.

What Hillary Clinton achieved can’t be underestimated. When I finally cried in the days after the election, they were tears of joy. I was so happy and honored to vote for Hillary Clinton and to have been able to participate in her campaign for president.

In many ways, Hillary’s campaign gave me an affirmation to me – a confident, bold woman, who wants to make the world better for others and doesn’t want to be punished or ridiculed. Observing her campaign, also made me confront some of my own limitations – as much as I was excited to root for her, I was no longer brave enough to be her. Through my college years I honestly thought: I want to be the first female president of the United States. Then, like most overachieving women I know, life got in the way of those dreams or at least diminished them. The sexism, if not blatant, was at a minimum palpable and the demands of family were an impossible-to-ignore reality.

Hillary was the rare woman who could do it all.  And that’s exactly why some high-achieving white women (53% of that demographic at least) – never liked Hillary: they don’t like that they never realized their potential. Supporting a woman who “did it all” would have revealed that because one woman did, more women could.

Living under a short-term (and short-sighted) illusion that life is better with an authoritarian patriarch in charge is certainly seductive. In fact, pre-election studies showed that more than economics and education, Trump supporters shared a respect for authoritarian rule. Accepting what has been is so much easier than fighting for what should be.

Having spent the past 25-plus years as a “professional feminist,” I know that progress is much slower than I could have predicted precisely because many women (and yes, men) resist changing personally what they may or may not believe politically. As much as politics has to back us up, real change comes when we embody those laws. This election revealed that still too many women don’t want to be strong on their own; they don't want to step outside of the limited roles they have been dealt.

I was interviewed a week before the election and asked to imagine how I would feel on November 9th had Hillary Clinton won. I admitted that I would have felt both scared – fearing what others would do to her and knowing that anything she did that was less than perfect would have reflected on all women – and confident. This election didn’t produce the results I wanted, but I woke up feeling exactly as I predicted. Scared now about how a Trump administration will strip many Americans of basic human rights; confident that change has always come from the bottom up. What we do personally does have an impact.

I’m also reminded of something I have heard the great lawyer and women’s rights advocate Lynn Paltrow say dozens of times over the twenty years I have known her: What are you willing to get arrested for? I honestly never had an answer. Living under a government that likely won’t at all reflect my values as an American, I feel differently. Precisely because I am a white, middle-class, heterosexual woman, I can take more risks.

My focus since the election has been both on protecting in very real ways those who need shelter, legal counsel, and money; and holding accountable anyone who led us in this direction. I have been writing letters of praise (to those senators who voted against DeVos and to those New England Patriot players refusing to go to Trump’s White House); I have been writing irate letters to corporations and senators who support him and his policies. I have used the “Boycott Trump” app and refused to shop at stores that support Trump in any way and have shopped at companies that have stood up to Trump. I have reached out to lodging and car-sharing companies to see if they would offer free hosting to women who might need to travel greater distances to get abortions. It used to be impolite to talk about politics, now I consider it a necessity. The political has become personal.

It's going to be very painful and while we have to acknowledge that, we have to be motivated to lessen the pain. 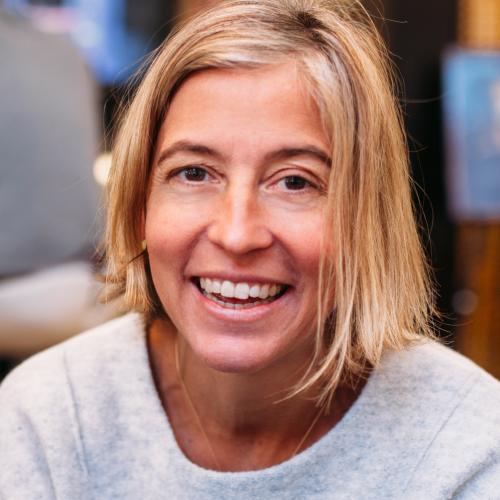 Amy Richards is a producer of the VICELAND series WOMAN and consulting producer to the documentary and online platform MAKERS. She is the president of Soapbox, Inc., the largest feminist lecture agency, and runs Feminist Camp, an immersive experience into theory and career potential. She is also the author of several books including Manifesta: Young Women, Feminism & the Future, Opting In: Having a Child Without Losing Yourself, and Grassroots.