How are you? No, it’s OK — I know how you are. Things aren’t great. I’m not feeling great either. But, you know, it’s OK — we’re all freaked out. And it just means our eyes and ears and all of our head holes are taking in information accurately, and our poor little aching hearts are processing that information appropriately. And all the resulting fear or despair or fury or crippling anxiety — that is all fully warranted. So at least we aren’t all depressed for no reason! We’ve got really good reasons! We are united in sadness and terror. And we have been before.

History is full of sad, scared people who turned that into something else. Into something great and inspiring and beautiful.

Here’s what I think about, as a human who is also a drag queen — I don’t know if you know I’m a drag queen, but I am — and I love drag, so much.  At this moment in history, a lot of people love drag; it’s all over the place: on TV and the Internet and probably in magazines, if people still read those. People love drag because it’s sparkly and funny and fierce and about self-expression. It’s about taking the wildest parts of the inside of you and sticking them to your face and maybe doing a split. But the reason drag looks how it looks and feels how it feels, the reason that drag is so big and so bold and so fabulous is because it had to be.

Drag was born in the shadows. It’s a terrible cliche — but you can picture it, can’t you?

A group of people society didn’t want to see collected in small, dark spaces where they could be seen by one another. All these unwanted people huddled together in the shadows, they could have adapted like those cave newts with no eyeballs or just lain down and mossed over there in the dark, but that’s not what they did. What these people did in the dark was create light — party lights and disco balls and sequins and glitter rose from this place. Beautiful things that could never grow in daylight. We flourished in the dark. And when those walls that surrounded us couldn’t hold our light anymore, we started throwing bricks — that was Stonewall (if you don’t know, look it up).

That’s what we do: we claw and we fight and we resist. We make art and beauty and music and magic. We share and we commune and we love. And when someone says we can’t do that anymore, we say, “Fuck you!,” and we fight, and we resist again.

This story of resistance has been true for countless groups, cultures that flourished against the odds and led uprisings. Now, we have the opportunity to do it together. We have the potential for an intersectional unity that has never occurred on this scale because of all those hardworking ancestors of ours who gave us a greater understanding of ourselves and one another, of the worth of all of the downtrodden folks ready to rebel. 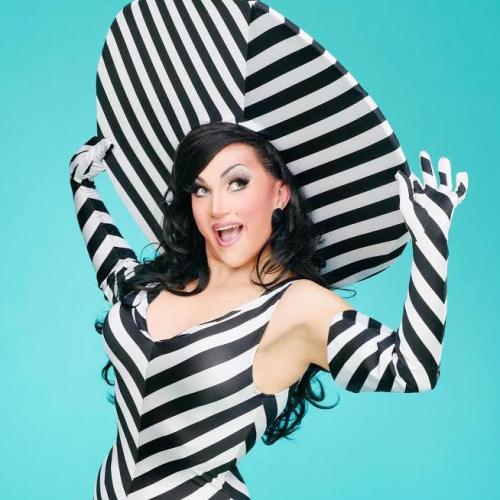 BenDeLaCreme is a burlesque and drag performer from Seattle, WA, who has been dazzling crowds around the world for over a decade. She is best known from season six of “RuPaul’s Drag Race” where she won “Miss Congeniality” and has since been voted one of the show’s “15 fan favorite queens of all time.” She has written and toured three solo shows--a combination of comedy, puppetry, song and burlesque--which have garnered raves from critics and audiences from coast to coast. Her one woman adaptation of Dante's Inferno, “Inferno A-Go-Go," will be touring throughout 2017.