Dear friends in the fight,

There are times when it’s an advantage to have been around a while. It helps one see what is and isn’t new.

On the one hand we’ve had tough challenges before. The election of Ronald Reagan was a crucial turning point, for instance, that set the country on the path that led Trumpward. The election of George W. Bush elevated corporate power to new heights.

But there’s something undeniably different this time around—something in the manner of Trump and his supporters that signals we’re entering a new moment. There’s a violence and an ugliness in the air; a mask has dropped. And so the question is how to respond. We have to protect the most vulnerable—those who will be deported and jailed, the environment that will be laid waste. The question is how.

One option—one temptation—is to meet that violence and ugliness in kind. It’s emotionally attractive, but my guess is it won’t work. Tactically it chooses the weapon of the adversary: it’s hard to imagine we can out-ugly the alt-right, who are specialists. And it has a deeper weakness: it further undermines the very aspects of civilization (reason, kindness) that are our best hope for transforming the future.

I think this may be the moment when non-violence becomes most crucial. It’s the greatest invention of the twentieth century, for which we owe Mahatma Gandhi and Dr. Martin Luther King Jr., Ella Baker and Abdul Ghaffar Khan, and millions more great thanks. But this technology they developed will face its greatest test now. Tactically it may unsettle a confused and vain man like Trump—he’s likely to lash out, and if we can take those initial blows we will be the stronger for it. More importantly, it’s the one method of resistance that builds up the deep and underlying strengths of a civilization (reason, kindness) even as it fights the daily battles.

It obviously requires great discipline and self-control, and there are those who argue that without a great leader of the Dr. King stripe it’s too much to ask of people. But I’ve watched in recent years the remarkable non-violence employed by everyone from Black Lives Matter to the Standing Rock Sioux.

There are disadvantages to being a greybeard too—I may be profoundly out of touch with what comes next, or living in the past. But my sense is that nonviolence has always been the most profoundly radical of ideas, and that in this desperate moment my hope is that we will turn decisively in that direction. 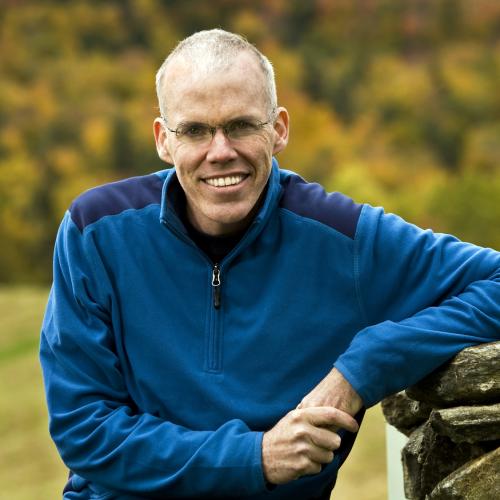 Bill McKibben is a founder of the grassroots climate campaign 350.org and the Schumann Distinguished Professor in Residence at Middlebury College in Vermont. He is a 2014 recipient of the Right Livelihood Prize, sometimes called the ‘alternative Nobel.’ He has written a dozen books about the environment, including his first, The End of Nature, published 25 years ago, and his most recent, Oil and Honey.