To our sisters and brothers,

Who toil the land and pick the vegetables that are served on our dinner tables;

who are targeted for creating new paths outside the neoliberal market, a market that commodifies human labor and Mother Earth;

who are criminalized by a police state for not being white;

whose children who are forced to attend underfunded, overcrowded, dogma-driven schools that systematically attempt to extinguish a child’s imagination and creativity through a banking-based model of education that ignores their lived experiences;

in the LGBTQ multi-spirited gender community, whose existence is denied because of who they are;

who are now marginalized, homeless, or in jails,

My experience with revolution and counter-revolution comes from my early youth. On September 11, 1973, I was at home in Copiapo, Chile, lying in bed watching Scooby-Doo. My brother, next to me, jumped up when a news flash interrupted our childhood. The black-and-white TV showed Chile’s Presidential Palace overrun by soldiers and tanks and, finally, bombed by jet fighters. It was the culmination of years of intervention from Nixon and Henry Kissinger (the secretary of state), who financed and planned the bloody coup in Chile. Augusto Pinochet was installed in power and ruled as a dictator for 19 years.

Before President Salvador Allende was killed, he spoke through Radio Magallanes. Here are some of his prophetic words that have continued to resonate for me over the years:

"Placed in a historic transition, I will pay for loyalty to the people with my life. And I say to them that I am certain that the seed, which we have planted in the good conscience of thousands and thousands of Chileans, will not be shriveled forever.
They have the strength and will to be able to dominate us, but processes can be arrested neither by crime nor force. History is ours, and the people make history."
— Salvador Allende, September 11, 1973

That same day, September 11, 1973, Chile saw the end of free speech and press. Surveillance of citizens was instituted by homeland security. The country began to live through a period of mass incarceration and the imprisonment of tens of thousands. The secret police rounded up many at night; thousands were tortured, sent into exile, or executed. Quickly thereafter, education was privatized, unions weakened, social security and national resources privatized, and tax incentives for foreign investors declared and loans from international banks secured as the national debt soared. Does some of this sound familiar?

On January 20, 2017, I found myself thinking of my 24-year-old son, my 18-year-old nephew, my 9-year-old goddaughter, 11-year-old sister, and my cousin's 3-year-old boy and the latest addition to our clan, a 3-month-old baby girl. I thought to myself now, They too have their Pinochet — whose name is Trump.

As someone who has survived a dictatorship, I have a few thoughts that will help us as we move forward. It is in our community’s interests that we find strength through solidarity. We must make genuine human connections since these allow us to survive and avoid the individualistic trap that makes us think we must do it alone.

Do not be fooled by those who will say the right thing but hide behind clever masks and speak gibberish. We must unravel the illusions that this market-based society has created.

Take time to speak with our elders, who have experiences to share about how they survived the pre-civil-rights era or immigrated to the United States. In an ageist, consumerist society, our elders are often considered throwaways. But their survival stories are relevant to what is occurring in the United States right now.

Our ancestors are with us. Listen to the voices of Sitting Bull, Geronimo, Emiliano Zapata, Malcolm X, Martin Luther King, Red Cloud, Audre Lorde, Emma Goldman, Rosa Parsons-Gonzales, Harriet Tubman, and the many nameless people who fought for equal rights and human rights, not just civil rights. Find the voices that were silenced by those who erased our people's history. We must write our own history.

We must develop through public dialogues plans that are mindful of our history. Those allies with historical privilege should speak and act up in their communities of power to challenge the policies Trump will continue to advance against the interests of the poor and the marginalized.

Our communities have lived through massacres, slavery, and inhumane conditions for more than 500 years, ever since the system of white supremacy was first established on our shores. We have survived, but we must continue to expose and challenge the root causes of an economically, socially, politically, and culturally vapid oppressive neoliberal system. This cannot be done overnight. It is a revolution of deep proportions, and one of the most difficult battles is within ourselves.

I finish this letter with Salvador Allende's words:

"The people must defend themselves, but they must not sacrifice themselves, the people must not let themselves be destroyed or be riddled with bullets, but they cannot be humiliated either…. I have faith …. [In] this dark and bitter moment when treason seeks to prevail. Go forward knowing that, sooner rather than later, the great avenues will open again where free people will walk to build a better society. "

I hope to participate in dialogues that create sites of change and are aimed at building a more egalitarian society.

(For the full speech and the events leading up to September 11, 1973, visit https://www.youtube.com/watch?v=d4I5LZbNbZs) 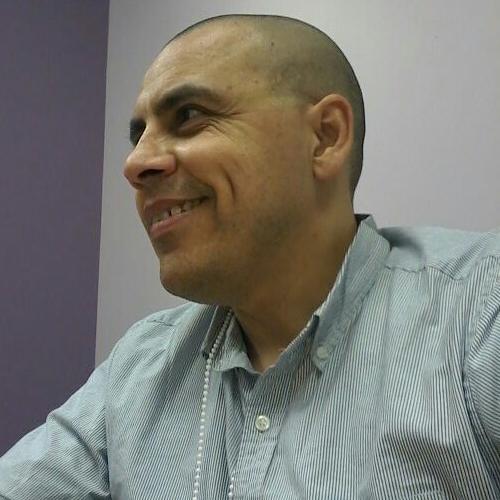 Claudio is a popular educator/community organizer, political analyst, and photographer. In 1976 his family was exiled from Chile to Chicago. Claudio was the founding director of CIVITAS, a civic participation training center for teachers and immigrants with the Coalition of Africans, Arabs, Asians, European and Latino Immigrants of Illinois. And was a principal organizer of the Chicago 2006 Immigration Marches. In November 2011, he moved to New York, and soon after he became a founding member of El Grito de Sunset Park, a Brooklyn based civil rights organization which trained community members on recording police abuse and rapid response to violations of human rights. He was a board member until 2016. Currently, he is the Case Manager & Coordinator for the Bilingual Medical Assisting Program at La Guardia Community College. Claudio is interested in creating grassroots dialogues through his photography and documenting oral histories of poor and marginalized communities in order to survive the nefarious political climate and contribute to building a more just and egalitarian society.