Dear Parents and Teachers of Whatever Age Students,

I did an exercise in discrimination based on creating a microcosm of society in a third grade classroom on the day after Dr. Martin Luther King Jr. was assassinated. I separated my students by their eye color in what’s known as the Blue Eyes/Brown Eyes exercise. I thought that by learning something about how it felt to be treated unfairly on the basis of a physical characteristic over which we have no control, my students would develop empathy for others and, as a result, would refuse to cooperate with oppressors in their future. It worked with my students and I honestly thought that we, as a nation, could be on the way to becoming a truly civil society.

Now, after watching the events as they've unfolded since the election of Donald Trump, I realize that, while I learned more than my students did on that day, I'm learning even more, as this current travesty, which is being referred to as 'an election,' proceeds. I now realize that racism isn't about skin color, and ethnocentrism isn't about religion; both are about ignorance, and the solution to both is education. I don't mean the schooling which we get in this country, which is, in fact, indoctrination, but education, a word which means the act of leading our citizens out of the ignorance of treating people unfairly because of differences about which we know nothing.

I am watching the Blue Eyes/Brown Eyes exercise being reenacted on a national level and I find it simply astounding that we are seemingly powerless to recognize it and to do anything to stop it. The people who go through the BE/BE exercise know that it will end, and that we will all be able to discuss what happened, what we learned, and how we will go about creating a better working, or playing, or learning environment after the exercise. We realize what was wrong, who made it happen, and how to avoid it in the future. Such is not the case with what is occurring in this country, today, and we must wonder just where this going to go; how we are all going to be affected; and when, and how, will it end?

The similarities to Nazi Germany in this country today are too many and too obvious for those of us who remember the elements of racial cleansing and how they were initiated and legalized during the Nazi regime. I am watching a man use the same techniques that Hitler used to divide and conquer groups of people. He and his sycophants are using fear of the 'other' to turn neighbor against neighbor and friend against friend. He is encouraging people who do not understand the present, because they know little of the past, to demonize and victimize those who are physically and philosophically different from themselves. We are on the horns of a dilemma, here, and must depend on the wisdom of truly intelligent people to turn this thing around. Where are those people? Who are those people? And, most importantly, will we recognize them and listen to them when they stand up?

Edmund Burke, a British parliamentarian, who is often regarded as the founder of modern conservatism, said that the only thing necessary for the perpetuation of evil is for good people to do nothing. His words are profoundly true at this time, when the members of the electoral college have the opportunity to keep someone who is not fit to be the President of the United States out of that position. We must demand that those people do the duty for which they were elected.

While most of us think that we are powerless to change this situation, all of us are able to educate ourselves and I suggest that we all start that self-enlightenment by reading Robert Wald Sussman's book, "The Myth of Race." Knowledge is power, and the information in that book will make every person who reads it become determined to stop being myth-led and to stand up for what is right and true, instead of going along to get along with a despot. Until we have developed a society which sees all people as members of the same race—the HUMAN race—we will never have a just society, no matter how wealthy some of its members may become. 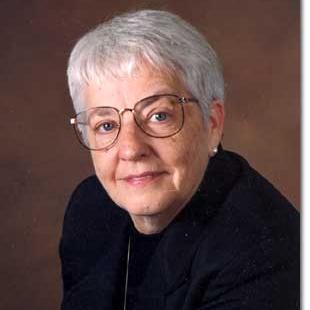 Jane Elliott is a former elementary teacher who has spent the last 60 years of her life educating children of all ages, with the purpose of decreasing the level of bigotry in ourselves and our community. The Blue-eyes/Brown-eyes exercise, which she adapted from the techniques Adolph Hitler used to destroy the Jewish populations of Europe, has increased the awareness of the damage done to people of all ages by bigotry and ignorance. Videos of her work are now being used worldwide to educate people where racism, sexism, ageism, homophobia, and ethnocentrism are concerned.