I’m sorry. I am so, so sorry. My darling daughter, your generation is poised to inherit a world far more unstable, dangerous, and chaotic than your mother and I did. And the astounding election of Donald J. Trump will only make this worse.

Late on election night, when I finally realized Trump was going to be our next commander-in-chief, my first thought was: “My God, how will I tell Aurelia?” How do you explain to a five-year-old what just happened?

Your mother and I did not hide this election from you, but talked openly about the kind of man Trump is and why the things he does and says are so wrong. We did not ignore the many questions from you, our curious kindergartner, but used them as a platform to talk about racism, sexism, democracy, and the simple importance of being kind to people.

Raised by an environmental journalist and the manager of a nonprofit environmental newsite, you have been used to these kinds of frank conversations your whole life.

So, I have a feeling you already suspect that what keeps daddy up most at night is global warming.

There are few things we can be certain of entering the Age of Trump, but one is that the global momentum to tackle climate change will be slowed—maybe even halted—at the worst possible moment. Many of the President Elect’s decisions, including his cabinet appointments, already point to a hotter future world and a more acidified ocean.

By the time your generation starts voting, marrying, and having children of your own you will be plunged into adapting to a new, more uncertain world—a world where Arctic sea ice might be all but gone, where desertification could be marching across the planet, where marine ecosystems like coral reefs may be collapsing altogether, and where seas will continue to swamp coastal and island people. You and your peers will face challenges as a society we can’t even imagine now.

But Trump doesn’t understand any of this. Worse still, he willfully ignores any evidence that doesn’t paint himself as some sort of American redeemer. Trump is the most dangerous kind of person, Aurelia. One who views the entire world as a showcase for their own ego. Nothing is sacred to him, beyond plunder. Nothing matters, beyond projecting his own power over others.

And he is filling out his staff with similar types. Climate deniers are too kind a term for people that will be running the show. Earth devourers might be more accurate. And their intimacy with Russia—which has an economy almost wholly dependent on fossil fuels—could portend a unified strategy against any action to defend the world from rising climate chaos.

But unlike our President-Elect and his ilk, we have to be clear-eyed about this my daughter. Lives, potentially millions of them, are at stake. The well being of billions is at stake. And the poor, the marginalized, the disenfranchised will be hurt first and foremost by our new, uglier climate.

This goes even beyond humanity. Global warming is impacting every species on the planet, even down to the genetic level. Our world’s biodiversity—its vast richness of species—has already suffered widespread habitat destruction, dramatic over-hunting and fishing, invasive species, and pollution. Since 1970, we have wiped out more than half of the Earth’s wildlife populations. If we don’t rein in our fossil fuels and halt business-as-usual, we will see a mass extinction crisis—with untold impacts for the third planet from the sun.

You and your peers have been betrayed, Aurelia. The Baby Boomers betrayed you by ignoring climate change, wildlife collapse, and environmental destruction for decades. Bowing before neo-liberal economics, they chose materialism and consumerism over the preservation of life on Earth. Generation X has proven little better. What the Millennials will do—I don’t know. But your generation will inherit our decades of dawdling, broken politics, cowardice, and moral bankruptcy.

With such a rotted endowment, never let anyone tell you that “we just didn’t know”. The information was out there, Aurelia—the fallout was clear for decades—we just didn’t act. We allowed ourselves to be lulled into complacency by liars, plunderers, and propagandists—many of whom are now in the Trump administration. As a society, we cared more about trite entertainment and owning lots of stuff than giving you the kind of world children deserve.

Still, hope is not lost, Aurelia. I know that because of you—one cannot raise a child so curious, strong, and loving without having a kind of hope and optimism infuse their being. Climate change and ecological destruction presents us with an opportunity—an opportunity to create a more just and fair world, a world where humans live within ecological limits, where our economy no longer plunders nature for endless growth, where we respect the lives of other species.

Climate chaos will try to pull us even further apart. We can’t let it. We must use this crisis to come together, to unify globally as brothers and sisters and not devolve into an endless series of conflicts spurred by scarcity. We need to stand up in the face of global warming and say: you won’t ruin us. We will fight and we will make a better world out of it.

In this, you would not be alone, my daughter. Already, there are so many examples of heroism in this world—and if any good comes out of the Trump Administration it will be that such examples increase daily. The ‘water protectors’ of North Dakota are just such an example—bravely facing off against those who would risk their resources, their culture and our collective future.

And there are the thousands of Bangladeshis marching against a coal plant on the edge of the Sundarbans or the Kichwa tribe of the Ecuadorean Amazon daily battling oil drilling. There is Pope Francis calling climate change a “sin against God” and nearly two hundred world leaders who have signed onto the Paris Agreement, many of whom I believe were sincere.

Take such heroes as your example, those who speak out, march, or resist nonviolently. Of course, not everyone is a born activist, so remember that societal change happens through a billion actions every day. It can be as simple as a candid conversation with family or neighbors to reaching out to your representatives. And don’t neglect yourself: find the courage to question and test your own beliefs and the even greater courage to embody your ethics.

Most importantly, keep your compassion: for your seven billion fellow humans of course, but also for the tiny—the grasshopper springing leaf to leaf—and the large— the whale breaching the sea’s surface. Even, as Jesus said, for your enemies. Trump is just a man, one imprisoned by his own fear, hate, and hunger for power. We should give Donald J. Trump, the individual, our compassion—for who would want to live in his battered soul?—even as we fight President Trump and all he stands for.

When you came into our room morning after the election, all bright and excited as usual, we told you the only way we knew how: sometimes bullies win. Sometimes bad people get power. Sometimes a man who cares about nothing more than his own aggrandizement becomes president. But your mom and dad will fight along with millions of others. We will do everything in our power to make a difference. History is long, Aurelia, and we have but one lifetime to shape it for the better.

In the meantime, your job is to play, to learn, to grow. One day you and your generation will inherit this world. And I think it will be the better for it.

With all my love,
Your Father 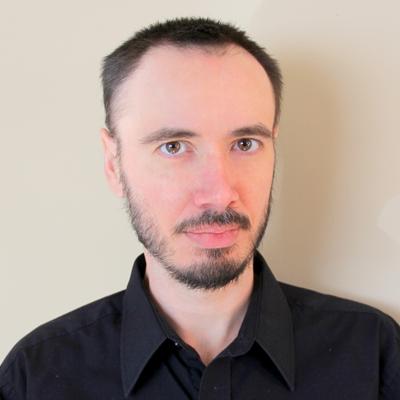 Jeremy Hance is a freelance environmental journalist. He runs the Radical Conservation blog with the The Guardian and is a senior correspondent for Mongabay. He writes frequently about wildlife, climate change, and indigenous people. He is also the author of Life is Good: Conservation in an Age of Mass Extinction. He lives in St. Paul, Minnesota with his wife and six-year- old daughter, Aurelia.