The night of the election, I watched the results roll in from one state after another, turning a red that seemed bloodthirstier with each passing result.

I said aloud, “The course of my life changes tonight.”

You may feel this is hyperbolic, and perhaps drear, and the contemporary apologists on both sides of the spectrum of political talk would have you believe that we do not know what is ahead of us, and, thereby, do not know what to fear. But that is exactly from where I draw my concern. “We do not yet know” what this horrible man and his collection of white supremacists and robber barons are truly capable of, but we see glimpses of where they have set their sights: Healthcare, the environment, deregulation, deportation, widespread policies that subjugate the rights of people of color, women and peoples all along the LGBT spectrum. While the proverbial “they” of the middle of the road political commentators “may not know” what’s going to happen, we already do. In many ways we have been here before.

So, yes, the course of my life has changed. No longer can I simply trust that people will listen to facts. No longer can I trust blindly in the facts and figures that are handed me, assuring me that everything is going to be alright. No longer can I rest easily on the old adage that the course of history bends toward liberty. America’s history has yet again been bent backwards by the iron grip of fear and bigotry toward an uncertain future with the false promises of an idealized past.

The next day, as I awoke to a silent and depressed Los Angeles, I made an appointment to get a tattoo. This may seem strange, in light of the event, but I knew I needed something to commemorate the change I needed to make in my life. It was a moment of commitment to myself to the course I have to undertake. Because I see my actions as clear. Now, in new and much more aggressive ways, I must engage. Not just sitting on the Internet and spouting truths and opinions by curating a long list of things I care about, but by doing something concrete and physical. Now I have to be there. Now is the time to show up. To dig deep into myself and the people around me to find an active and affective way to combat this evil that threatens even the lives of those who sought to put it in power. I have been politically minded and active for years now, but now I feel as though I have to commit more, and draw upon the true understanding of politics that I have found over the years.

We are forever interdependent.

For too long LBGT politics have been myopically fixated on the problems of “our people,” an agenda set by wealthy white gay men that somewhat forgets that within the realm of LGBT exist women who need reproductive healthcare, undocumented people, people of color, and Muslim Americans. Now must be the time to expand our gaze, and extend our hands out to all peoples who will be persecuted under the newest version of American fascism, which comes into power in January. Their problems are our problems, and letting this regime gain power over even one area or one group makes way for them to gain on all of us. Slowly and stealthily we will all be under the whip of a demagogue whose sole goal is our destruction and his profit.

So I got “c.3.3” tattooed on my arm. It was Oscar Wilde’s cell number when he was jailed for gross indecency. It is a symbol of how fragile and how new my freedom is, and unites me with an understanding of the struggles of all peoples under the chains of a government that seeks to destroy them. I got it to remind myself that I am part of history that has faced oppression and fear and violence, and has won. And will continue to win. The course of history does bend toward justice, but it must be gripped hard by those who seek it.

I’m getting involved in ACTUP, because I know I can learn from a past of protest and social change within my community. I’m involved and supporting Black Lives Matter, showing up as an ally and a resource. But there’s more. I’m getting involved in Women’s Health and the rights of Indigenous Peoples. I’m careful about the media I consume moving forward, and ask questions about everything I am told. I am committing to the earth and her protection in my everyday life in new and exciting ways. And I’m giving to the ACLU all I can, and pledging more. I’m showing up for my community, which is, as it always should be, the world. My tattoo reminds me of the fights we have faced and the fights we have yet to win. And it is a stark reminder that I have a part in the struggles of all those around me.

Until we are all free, none of us is.
Stay strong my darlings.
Show up.
Use the internet as a tool, not an answer.
And remember that you are right, you are strong, and you are loved.
They will try to separate us, because they fear our union.
But in our union we have a strength far greater and far more powerful than anything
they can throw at us.

With you all in power and love, 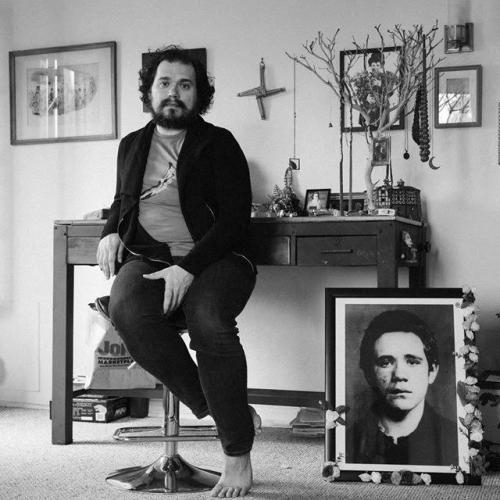 Justin Sayre, who has been described by Michael Musto in The Village Voice as "Oscar Wilde meets Whoopi Goldberg," was recently hailed as one the "Funniest People in Brooklyn" by Brooklyn Magazine and among "LA's 16 Most Talented LGBT Comics" by Frontiers Magazine. He is best known as the creator and host of The Meeting* now in it's third and final year at Joe's Pub. He currently works as a staff writer on the CBS sitcom "2 Broke Girls" and has appeared opposite Lisa Kudrow on HBO's "The Comeback." His first young adult novel, Husky, was published by Penguin Books in 2015 and a sequel will hit stands in 2017. His works for Theatre include: Rite of Water (Queer Pop Up) The Boy Sonata (The Wild Project) Love's Refrain (La MaMa)