I’m writing to you, already reeling, in the beginning of 2017. My partner, my friends, and I kept joking, darkly, between November 8 and the end of 2016 that the dumpster fire that was last year was finally hurtling toward its merciful end to die incinerated in the nuclear fission that is the sun. 2016 killed many beloved people, including openly genderfluid, disabled, mad, and other marginalized and oppressed people of color. It brought another continual onslaught of violence in the history of the United States, everywhere from the furtherance of horrific state violence against Indigenous peoples in Standing Rock and the poisoned water in Flint, Michigan, to the near-silence from U.S. activists on genocide in Aleppo and eugenicist mass murder in Sagamihara.

Not for one moment have my friends and comrades rested, because not for one moment have we been able to pause the train wreck. My comrade Talila Lewis (better known as TL) talks about being at and beyond capacity, constantly. This is the reality for those of us doing far more than is theoretically humanly possible, those of us who have no choice about doing the work, those of us who literally cannot stop or turn off our minds.

When 2016 came to an end, 2017 had hardly crept into existence before sensationalist headlines spattered news of a vicious attack on a young disabled person by four fellow young people. Many kinds of people who readily voted for Trump – the ones who believe that being white means they are under attack, the ones who feel that the first Black president was an abject failure essentially because he is Black, the ones who are inexplicably terrified by more open and public discussions about power, privilege, and oppression – have immediately begun to use this attack to further push an anti-Black, racist agenda by blaming it on the Black Lives Matter movement. (The attackers in this case are Black while the victim is white.) And we’ve witnessed an explosion of response/analysis completely failing at intersectionality – either missing the anti-Blackness or missing the ableism, or both, while the entire history of this country was built on the backs of murdered and brutally displaced Indigenous peoples, and out of the labor of forcibly trafficked and enslaved Black people on much of the same unceded land. It was built on eugenics – a white supremacist science that depends on ableism to decide which brains and bodies are functional, fit, healthy, and worthy – and on genocide, and on rape.

What many of my fellow activists and thinkers and doers seem to have forgotten is that it’s possible to have complicated, nuanced discussions without compromising our values and what we fight for. I’ve spent the past few years exhausted by having to constantly defend my existence as a multifaceted person – as a person who both wields, at times, immense privilege and power, in some ways, as a college educated, upper-middle class, light-skinned, hearing/sighted, culturally Christian, U.S. citizen, while, at the same time, facing marginalization, or direct targeting, in many others as a neurodivergent, disabled, genderqueer, east asian, culturally displaced, transracial/transnational adoptee. I live many complex realities, and I find myself pressured constantly to pick one, maybe two, and ignore the rest of who I am. It’s easy in some ways to deal with open hatred and disdain from those who despise what I am and mince no words about how they believe being transgender is a fad or being disabled is an excuse for the lazy. It’s harder for me to deal with my fellow organizers and activists, because we often do not live up to the values and vision we work so hard for. And to be clear, friends, that absolutely includes me.

If we hope to keep resisting, keep fighting, keep laboring for love and justice and freedom as Donald Trump comes into power, we must recognize some key linkages in all their complexities.

We have to drive the fight home, and refuse to settle for compromise or half-measures. As my partner Shain Neumeier constantly reminds us, incrementalism for the sake of incrementalism will get us nowhere. We must fight with full force and hold nothing back, and recognize that, yes, there is an enemy – and that enemy is every system of violence we can name. We cannot meet halfway when demanding respect for our right to exist, our right to self-determination, our right to freedom. After all, half-existence is really death, half self-determination is control, half-freedom is still oppression.

At the same time, we have to remain vigilant in our own communities, campaigns, and spaces. Now is not the time for empty, placating messages of “Love Trumps Hate” or “Same Struggle, Different Difference.” Now is not the time to deceive ourselves into believing that the previous eight years were some kind of progressive miracle by erasing the reality of thousands of deportations and drone strikes, and continued support for violent occupations everywhere from Tibet to Palestine to the land where we live and breathe. Now is not the time to pretend that all is right where we are in left or radical spaces either, because it is not. I have experienced more trauma and abusive behavior from fellow activists and organizers, people who shared experiences of marginalization, people who worked together with me on campaigns and actions, than I have from people outside so-called movement spaces. I understand that’s not the same for everyone, but I know that trauma from movement people is a thing, and as an autistic person, I’m naturally wired to be good at pattern recognition.

One pattern I recognize is the constant practice of disavowal. We learn that we may only lay claim to our own humanity by doing so at the expense of someone else.

We marginalized folks are invested in the class ascension project, working to gain more wealth, more prestige, more trappings of class status, even when criticizing capitalism, as my comrade Chrissy Maritza Etienne has helped me understand. We can still be settlers, still be occupiers, still be gentrifiers, even if/as we are also displaced, also colonized, also oppressed – comrades like Kat Yang Stevens and Abla Abdelhadi call attention to this reality constantly. This is interpersonal, and it’s also deeply personal. It’s what Sally Kempton taught us: “It’s hard to fight an enemy with outposts in your head.” And without new frames of reference for value, worth, magnificence, and love, we will keep those outposts in there. We will keep being part of anti-Blackness, part of ableism, part of anti-Semitism, part of transmisogyny, part of Islamoracism, part of class oppression. These things didn’t magically reappear on November 8, they have simply adapted while continuing the same violence we already know, and we can’t let ourselves grow complacent about our individual un/learning processes.

On a larger scale than the personal and interpersonal, we maintain communities and spaces that claim to be welcoming, inclusive, affirming – even radical and revolutionary – but that fail to deliver on their most basic promises. They are not accessible to no- or low-income people. They are not accessible to deaf and hard of hearing people. They are not accessible to people with mobility disabilities, with or without mobility aids. They are not genuinely supportive of trans people whose outward gender expressions don’t conform with binary expectations about gender. They don’t center Black, Brown, Latinx, Indigenous, Mixed-Race, Asian, or other People of Color. They don’t engage with people who don’t have the ability or class privilege to use the right social justice language or terminology – folks who are often targeted/marginalized at the most intersections of oppression, and who, unlike me, with the privilege I’ve got, are the least likely to end up at conferences, on boards of directors, testifying at state legislatures, writing in widely read platforms, or speaking at colleges. We act like once we’re woke, socially conscious, radicalized, or whatever the fuck we want to call it, we’re unable to make mistakes or perpetuate any kind of oppression anymore in our “perfect” radical spaces.

The truth – the harder truth, the uncomfortable truth – is that we are all learning and growing, all the time. The truth is that our spaces practice disavowal as much as we do on our own as individuals. The truth is that movement work is ableist as fuck. Racist as fuck. Classist as fuck. Exclusionary. Isolating. Traumatizing. Hurtful. Everything we work to fight against outside those spaces. And we shouldn’t be fighting for our right to exist – we shouldn’t be fighting for survival – in the spaces that are supposed to be fighting against oppression already. We shouldn’t be unquestioningly copying the same oppressive structures we name as violent and harmful – whether the punitive criminal justice mentality, as Porpentine calls it, or the hierarchies of capitalist thinking and power structures.

Centering those of us who live – comfortably or uncomfortably, willingly or forcibly – with disabled as part of our identities and experiences means treating all people, regardless of how our brains or bodies work, as worthy of love and care – not in spite of who and what we are, but as and for all that we are, in all our complexities. Disability justice allows us to embrace weakness, vulnerability, frailty, and imperfection. It helps us understand that we are valuable separate from our production, as Ki’tay Davidson wrote in his clarion call for disability justice. It demands hard work of us – the hard work of true intersectionality as Kimberlé Crenshaw meant it when she coined the term to describe her unique oppression as a Black woman. It does not let us settle for anything short of full freedom – liberation, justice, active love. And it recognizes that all systems of oppression really are interconnected – not the same, not identical, but necessary for,  and dependent on, one another. I am not the only person to talk or write about this – Mia Mingus, Talila Lewis, Robert Jones Jr. (Son of Baldwin), s.e. smith, A. J. Withers, Eli Clare, and Mel Baggs, among many others, have all done so too in many places and at many times. But please don’t let this letter be the last time you witness talk of this.

This is not easy work, but it is vital for our continued survival and ongoing resistance. I hope to labor alongside you, with whatever contributions you and I can make together, in our work to become free.

In solidarity, as we work toward justice and freedom, 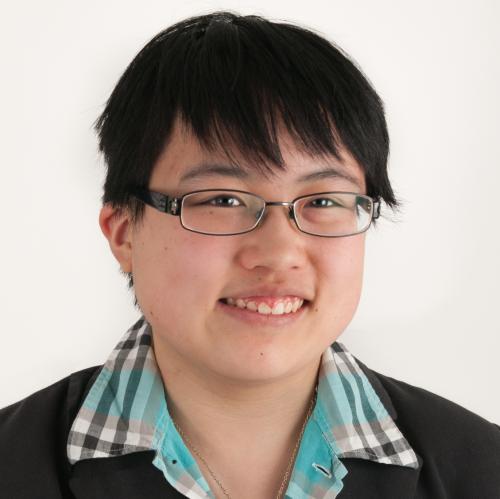 Lydia X. Z. Brown is an activist, writer, and speaker whose work has focused on violence against multiply-marginalized disabled people, especially institutionalization, incarceration, and policing. They have worked to advance transformative change through organizing, conducting workshops, giving testimony, and disrupting institutional complacency. At present, Lydia is the Massachusetts Developmental Disabilities Council chairperson, and lead editor of All the Weight of Our Dreams, the first-ever anthology by autistic people of color. Recently, they taught disability and social movements at Tufts University. Lydia has been honored by the White House, Washington Peace Center, National Council on Independent Living, and Disability Policy Consortium.