First, are you okay?

That's important to ask because you're important to me, and though it may seem hard to believe lately, you’re actually important to lots and lots of people. And we all want you, before anything else, to be emotionally and physically healthy.

That matters just the same way that you matter.

Ok. So what happened in November is that somewhere under half of the voting electorate—somewhere in the range of 63 million out of around 130 million votes case or some such, out of a U.S. adult population of 240 million people—decided to cast their ballot in favor of a guy who, honestly, doesn’t give a shit about us one way or another.

He doesn’t, really. But lots of his supporters hate us very very much. Mike Pence is notoriously anti-queer, and indications have been that he’s going to find a place in his administration for former North Carolina governor and living taint Pat McCrory, the man behind the Tarheel State’s anti-anti-discrimination law.

So. Even assuming every single Trump vote is flagrantly anti-queer, that’s sixty some-odd million out of an adult population four times that amount.

I’m saying that because I seriously want you to know that, for all the Trumpists’ political power, most of the people you encounter in your daily life will wish you no harm. It may be cold comfort, but it’s no less true.

But we do still have to live in a world where millions of people decided AT BEST that they’re totally fine with putting a man in power who is a) obviously hella authoritarian and b) surrounding himself with anti-Black, anti-Muslim, anti-Queer, and anti-LGBT councilors.

We are, in short, non-people to them, barely worth considering.

So again. Are you okay?

I'm asking that again because one of the strongest acts of resistance we can offer is to love ourselves, and self-love is a prerequisite to any meaningful movement forward. If we do not care for ourselves, and do the things that make and keep us healthy, if we give into despair or nihilism, if we decide that we have no hope, no future, and that coming to terms with who and what we are is pointless—well, then they've won right out of the gate.

I'm going to level with you: I'm afraid. It's incredibly not hard to imagine Trumpism—antidemocratic, authoritarian, patriarchal Trumpism, which has no respect for the spirit of the law—overriding every single legal gain we've made in the last decades. It is a small step from arresting trans women in ladies’ rooms in Dearborn to raiding gay communities in Austin. It will not be hard for them to make our lives difficult and they already clearly have the motive. We're very much witnessing a political revolution that will reverberate in one form or another for decades, if not another century.

But, I mean, we aren’t going anywhere. We are, and have always, been here. This is our country, our cities and towns, our lives, homes, families and surrogate families. They can neither wave a wand and make us vanish—much as they might like—nor can they shut us down. Believe me; they've been trying for centuries.

Because we've endured before, and we can endure again. Those of us like me who were lucky enough to grow up in a world where gains upon gains were being made should remember that it wasn't always like that. Matthew Sheperd wasn't that long ago. It wasn't long ago being gay—let alone trans—could earn you jail time. In living memory, Alan Turing was sterilized for the crime.

Maybe they'll take away our rights. It's a real possibility. Maybe they'll make it so much harder for me to get our hormones or change our names or marry. It wouldn't be the first time, and it won't be the last.

But we will still be here. So will you.

So, like, check this out: we are everywhere. You know so many closeted queermos it isn't even funny. For everything you are, you know like four fucking people going through the same shit. The key to our resistance is to know this and be emboldened by it. We are here. We are everywhere. Half of all kids under thirty are fags, dykes, lezzies, trannies or whatever other fucking name they wanna use.

Babe, we are the parade.

There's millions and millions and millions of us and our numbers grow stronger every time some closeted ball of nerves realizes they aren't alone and that they'll be okay. Being strong, healthy, and sane is some of the best goddamn recruiting you can do. You show them that we are not bowed. We are afraid—and rightly so—but not beaten.

I'm not gonna say we'll be fine. But we, as a community, as people (and we are a people), can endure. We're strong by the millions, we know what being out in a free society looks like, and we are pissed the fuck off. That matters. We got this.

I have every belief in you. 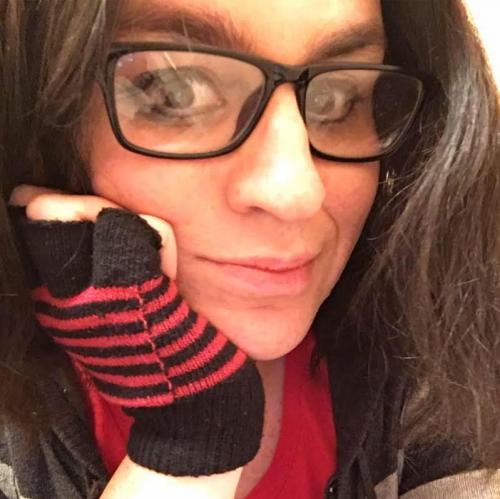 Magdalene Visaggio is an American comic book writer living in New York City. The writer and creator of comics Kim &amp; Kim and Quantum Teens Are Go, she focuses on creating queer-centric stories for the mass market comics audience. Magdalene is a former wannabe academic theologian who turned to writing comics after dropping out of graduate studies at Seton Hall, where she studied Ethics &amp; Moral Theology. She has contributed work to DC Comics publications and is also a contributing writer at Paste Magazine.