Somehow on that night I found myself alone in the park, looking up at the stars yes the stars were beautiful that night we don’t usually see the stars at this time of year in rainy Seattle and something came running up maybe I screamed?

Oh, it was a lost dog. Maybe it was too easy to think that I felt like a lost dog too, but I know that I don’t have what I need in terms of relationships or political, emotional and intimate connections here or anywhere really. And then I’m lying in the cold grass staring up at the stars to ground me and tears I didn't expect tears I mean I believe in none of this but still tears. I’m saying I didn’t expect to be shocked on election day—I was prepared for the violence of liberal optimism, but not for the violence that everyone can recognize.

The next night I heard the protest from my apartment. I didn’t expect to want to go, but then somehow I found myself rushing to find it, walking fast almost running for blocks and blocks past all the people walking uphill away from the protest, but where was it going? Towards the highway or the University Bridge so I ran walked almost 2 miles to catch up and there were others run walking with me we kept getting to the cops so we thought we were there but we weren’t there yet and there aren’t usually people walking up or down this street it’s mostly just cars but this night there was a festive feeling I was kind of excited I thought even if I don’t make it I feel better already.

But then I did make it, just as the protest got onto the University Bridge, took half the bridge and then the whole thing, still several hundred people and when I arrived I was already covered in sweat but it didn’t feel draining it felt great. I hoped we were going toward a highway ramp but then we headed into the University District and I guess all these people had been marching for hours already, all the way from downtown that’s miles but everyone seemed excited, the chants were predictable but not bad, mostly Not My President and Hey Hey Ho Ho and My Body My Choice and then later Pussy Grabs Back and Black Lives Matter—it was anarchists and students and anarchist students but mostly probably non-anarchist students, mostly white people, yelling Out of the Dorms and Into the Streets and when we got past University Avenue and then stuck in the campus where it was Out of the Halls and Into the Streets. And a young transmasculine person asked if they could march with me after I introduced myself, we’d bonded a while back and now we were pals in the way that in a very straight space those of us who are visibly queer can find comfort in one another.

And the march went down frat row where it became Out of the Houses and Into the Streets, see the crowd knew the vocabulary of university housing and I was skeptical of these chants I mean why were we asking the gawkers packed on gender-segregated balconies of conformist hyper-patriotism to join in? Except then I realized probably this was the only time this crowd could take charge on frat row, so why not take charge? And then my new friend revealed that they’d joined the march after hearing Out of the Sidewalks and Into the Streets—so okay, I guess sometimes those chants work. But who knew where we were going I mean we were marching in circles but there was energy. When we turned onto 50th I looked back and the march was several blocks long, the whole street across and this is a wide street a thoroughfare it looked like the march had doubled in size and I tried to count but couldn’t, I’m guessing at least 1000 and we were headed back to the highway for several standoffs with the cops, a few sit-ins in the street, a few times almost taking a ramp and then it was time for me to head back.

I needed a bathroom and look, there was one in that park, actually open. And then the only restaurant in town that probably wouldn’t make me too sick, for cucumber juice and quinoa minestrone where I was so hot that even after removing all my layers I wanted to take off my shirt although I guess you can’t do that in a restaurant, not even after bonding with the staff about the exhilaration of the protest and here’s where I’ll tell you that I don’t usually go to protests like this anymore—I barely even go to protests because the ones that would mean something to me are too dangerous for the extremely fragile ecosystem chronic exhaustion chronic pain overwhelm catastrophe that’s my body I mean I’m already a wreck all the time so why risk destroying myself in pain on so many levels when I probably won’t even be inspired or feel useful anyway.

But on that night I didn’t feel destroyed, I felt energized. I felt like I was a part of something, even though if I sat down with these people, mostly straight white late-teens and 20-somethings chanting Not My President like they didn’t even realize that no president will ever be ours—I mean they might even have been celebrating if the other vicious, imperialist, white supremacist candidate had won and what would that have felt like. Luckily I figured out an intervention, thanks to a post on Twitter from Black Autonomist just before I left the house, so when the crowd chanted Not My President I replied with NO MORE PRESIDENTS, back and forth as if this was call-and-response. I caught a few of the straight anarcho boys smiling at me I mean I know how to use my voice I’ll admit I thought of romance but that’s as far as we will go. I’m saying that if I sat down with these people no we were not sitting down, except in the street, we were a chain of bodies in motion and emotion and I don’t want to overstate the possibilities but there are possibilities.

Mattilda Bernstein Sycamore
Author of The End of San Francisco 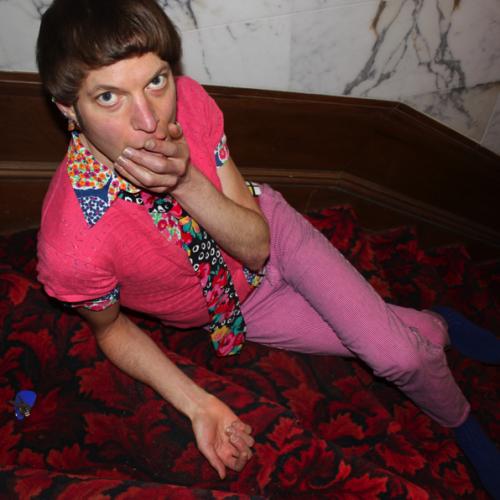 Mattilda Bernstein Sycamore (mattildabernsteinsycamore.com) is the author of a memoir and two novels, and the editor of five nonfiction anthologies. Her latest title, The End of San Francisco, won a Lambda Literary Award, and her most recent anthology, Why Are Faggots So Afraid of Faggots?: Flaming Challenges to Masculinity, Objectification, and the Desire to Conform, was an American Library Association Stonewall Honor Book. She recently finished a third novel, Sketchtasy, and lives in Seattle, where she hosts a monthly literary series, Contagious Exchanges: Queer Writers in Conversation, which takes place on first Wednesdays at Hugo House.