I am writing my letter to the revolution to you and to you specifically because you are that rare creature, the seeker. You do not really feel comfortable in any group, you do not have an identity made up of 7 adjectives that box you into a group with both the privileges of “Belonging” and the mental suffocation that comes from belonging to a such a “‘group”.

I am writing to you because if there is going to be a revolution against the onslaught of Totalitarianism the world and more specifically the USA is facing it will come because of you. Revolution is not a “chance to make great art” as I hear so many people gushing.

Revolution is dangerous business. It is particularly dangerous now as there is almost no privacy. This is NOT the 60’s, 70, 80’s, 90’s or 2,000’s. What worked in the past to protect you by giving you a partial shield of anonymity is gone in our world of almost total surveillance.

While you may believe that you are fighting for your freedom you must understand that you also have a responsibility which is actually a debt; to fight for the freedom of those who will come after you just as those who came before you created the freedoms that are under threat to you now.

The number one action of the true revolutionary is to know themselves.

The number one rule of the true revolutionary is not get caught.

To live to fight another day.

The most perilous action you must take now is to make an honest evaluation your motives. You have to know them in order to change them if you find them out of sync with your values.

In treacherous times, and these are treacherous times, the enemy sends out “dividers” people who cause division, because the enemy’s easiest action is to divide and conquer. This has already occurred as most of the population relaxed in the knowledge that we had a Black President, that we had Gay Marriage, that we had reproductive rights and busied themselves with exclusive identity politics that allowed for great schisms in society, the breaking down of any form of coalition to fight the onslaught from the right wing, who as you can see forms coalition with ANYONE in order to further their objectives.

Practice coalition forming. Become a listener. Ask Questions. Use your innate sensitivity to criticism you encounter as an opportunity for Mental and emotional expansion and to grow your empathy for other people. Spend one month doing this. Write me for support. 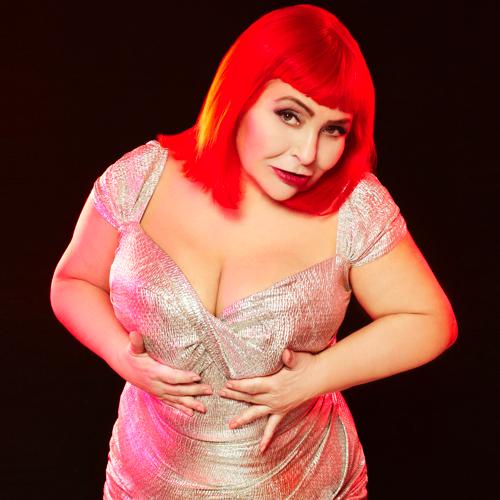 Penny Arcade aka Susana Ventura is an internationally respected performance artist,actress, writer, poet, theater maker. Her work has always focused on the other and the outsider from a feminist, radical queer perspective and is a cultural critique of society focused on politics, class, race, and identity. She is the only living member of The Playhouse of the Ridiculous or Warhol's Factory who grew up to make her own work, sustaining a career of almost 50 years. With her longtime collaborator of 25 years, Steve Zehentner, she also co-helms the LES BIO Project "Stemming The Tide Of Cultural Amnesia , a video documentary project that has broadcast and cybercast weekly for 17 years every Monday at 11pm on TW cable Fios etc www.facebook/lowereastsidebiographyproject