Ever since the election, it’s been impossible to feel optimism about prospects for progress on climate and environmental issues. Actually, “crushed” might be a better way to describe the feeling.

During the campaign, the President-elect called climate change a Chinese hoax.  Since elected, he’s nominated Exxon-Mobil’s CEO, who would be responsible for our participation in international climate negotiations, to head the State Department. This is the same corporation that led the funding of the climate skeptics movement despite knowing, as early as the 1970s, that climate change represented a grave threat. The nominee to lead the Environmental Protection Agency isn’t any better. While serving as Oklahoma’s Attorney General, he repeatedly sued the EPA and opposed federal action on climate change in every imaginable way.

But maybe, just maybe, that can be a good thing.

I remember a similar feeling in 2009 and 2010. The 2009 Copenhagen climate negotiations, where leaders were supposed to reach a world-saving climate deal, collapsed. In 2010, the Tea Party took over the U.S. Congress, and the possibility of federal climate legislation disappeared overnight. For those of us who had worked to build support for action on climate change, it was crushing. The science couldn’t be clearer that dramatic national and international commitments were needed immediately. And in the face of that, we had … nothing.

And then, something interesting started to happen.

On campuses around the U.S., students began pushing their universities to divest from fossil fuels. Faith groups, foundations, and municipalities got involved, and the divestment movement became a global force.

Opposition to the Keystone XL pipeline hit its stride. Thousands of people wrote the government, demonstrated, got arrested, and joined hands around the White House. The pipeline was delayed and then halted.

The UN scheduled a special climate change summit on September 22, 2014. The day before, 400,000 people marched through the streets of New York in the largest public show of support ever for climate action. Thousands of others around the world joined in.

In late 2016, governments finally showed that they got the message, adopting the Paris Climate Agreement. It’s an imperfect agreement that leaves a lot of work to be done. But it was a critical step forward.

And it was the culmination of desperation and a sense of urgency. Not optimism.

These days, I find myself, emotionally, in the same space as 2009 and 2010. Hopes shattered. Angry at a broken and corrupt political establishment. Fearful about the destructive legacy we’re creating. Shackled by recrimination and hopelessness.

Right now, what is saving me is the belief that optimism is overrated. That it’s out of desperation, fear, frustration, grief, and some righteous anger that truly good things come. I admit that being a person of faith may predispose me to this interpretive stance. But I can’t say that it takes the edge off the feelings; if anything, it makes them more acute. It’s not an easy time. There is no anesthesia – and there shouldn’t be.

But somewhere in the midst of the intensity, I can find a mix of resolve and hope. Not a hope that “they” – politicians, business leaders, or any other “they” – will solve the climate crisis. But rather a hope and resolve that together, those who care, and there are many of us, will create a climate for change which can truly solve climate change.

I’ve got my sights set on a place beyond optimism. 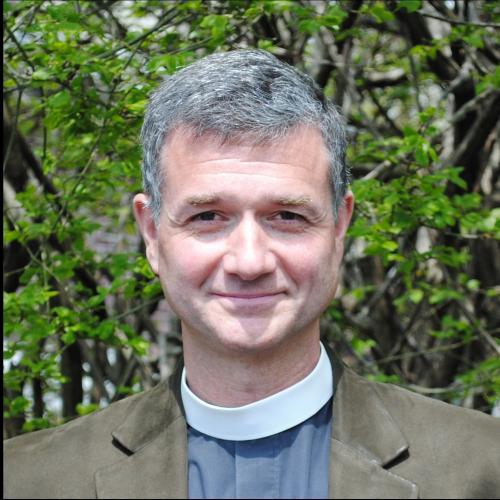 Fletcher Harper, an Episcopal priest, is Executive Director of GreenFaith, an international interfaith environmental organization. An award-winning spiritual writer and widely- recognized preacher on the environment, he has developed a range of innovative programs to make GreenFaith a global leader in the religious-environmental movement. In the past two years, Fletcher coordinated the 2015 OurVoices campaign, which mobilized religious support globally for COP 21, led organizing of faith communities for the People’s Climate March, and helps lead the faith-based fossil fuel divestment movement. He is the author of GreenFaith: Mobilizing God’s People to Protect the Earth (Abingdon Press, March 2015).

Error | Letters to the Revolution