You were enslaved, in today’s America, forced into sex work. You have survived a horrific past, and now you are free. You are a survivor. You were held captive through coercion, blackmail, poverty, or force. You escaped, or you were arrested, and that saved you. You were referred to me by your social worker, lawyer, or case manager because you are so traumatized by what happened to you that you found it too difficult to see just any doctor; you were afraid that they wouldn’t understand that you had been trafficked, or that they would be intimidating, or would ask you exactly how many men you had “slept with.”

You worried about whether you would be able to stay in this country. You were relieved when you heard that there is a T visa specifically for survivors of trafficking who cooperate with law enforcement. In order to get that visa, you had to be ready to tell your story, with all of the nightmares and flashbacks that remembering provokes.

You had no source of income, and worried how you would feed yourself or your children. Sometimes you couldn’t feed them, and you didn’t know where to turn. Your criminal record,  lack of legal status, lack of English language skills, or lack of education made it hard for you to get a job. You considered going back into sex work so that your children wouldn’t go hungry, knowing that you would have flashbacks and hate yourself more for the thing that wasn’t your choice in the first place.

And now America, the country that enslaved you but also liberated you and welcomed you, had an election. You heard the man who won say that people from your country should be jailed or deported. You know that if you are deported, you will likely be killed by your trafficker, who knows your town, knows where to look for you.

You saw the anger in his supporters on television, or in the streets. You know that they are looking at you with hatred, as if you are not human. You remember feeling less than human. You know that the men who bought your services saw you as subhuman, and they are still here all around you – on the subway, in the street. Even after being freed, you still often feel less than human, because that’s what you were told for so long. The hatred you are overhearing now reminds you of the worst of humanity, which you have too often encountered.

You heard the man who won the election joke about raping women – something that is never, ever a joke to you. It is your daily reality, the reality that sneaks up on you during the day and appears in front of your eyes as if it is happening all over again.

You got pregnant during one of the 10 or 20 times per day that you were raped when you were being trafficked. The pregnancy only reminds you of your horror. You had an abortion, something you may not have ever imagined doing, but cannot imagine how you would have kept your sanity without it. You worry that other women, who are being trafficked now as you once were, will someday not have the choice that you had. You know that they will still make that choice, but they might die because of it – you saw it back home where abortion was illegal.

You were terrified that the sex trafficking had damaged your body, scarred you, or given you a sexually transmitted disease. Seeing a doctor in EMPOWER helped you stop worrying that you were physically damaged.

When you came to see me, you knew that you could not afford a child right now. You picked a birth control option that was right for you. Now you are worried that those options will disappear – that they will be banned, or the funding that provided them to you for free will be eliminated.

You have a therapist and a psychiatrist; they explained to you that the nightmares, the sadness, and the flashbacks are all part of trauma. You cried with relief; you didn’t know what was wrong with you, why you couldn’t sleep, concentrate, or ever be happy. You go to all of the recommended visits because you want to stop feeling like this. Despite everything, you hope for happiness.

You don’t understand the details of how your care in EMPOWER is provided at little or no cost to you, but you know that this medical care has made a huge difference in your life. Now, since the election, you worry about all of the things you can’t control. Your whole life, you have had no control. Now that you have just a little bit of control – enough to feel like you can make your life and your child’s life a little better – you are petrified to think that that control might disappear. You cannot go back to slavery.

I feel responsible. I am part of this larger whole, the voting public, who failed you. Although I voted for her – the person who has fought for women’s and children’s rights for decades – I feel I could have done more to prevent this outcome.

I don’t know how to explain my country to you. I can only tell you that so many people don’t understand what you have been through. They may not even believe that the depths of hell that you have survived are even possible in this world. They didn’t see what I see – a great many people in need of help.

I will not abandon you. I will tell your story; I will speak up when you are afraid to. I will be here. I will continue taking care of you. I don’t know what is going to happen after January 20th, and there may be things I can’t protect you from. But I have a responsibility to you, as a US citizen, as a doctor, and as a member of society. This is our country, yours and mine.  You are tired, you are poor, you are yearning to breathe free. Together we will lift our lamp beside the golden door.

With strength and compassion, 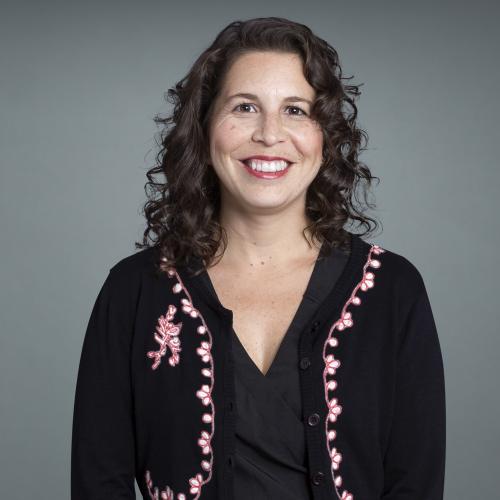 Veronica Ades, MD, MPH, FACOG, is an obstetrician-gynecologist and the founder and Director of the EMPOWER Clinic for Survivors of Sex Trafficking and Sexual Violence. She is an Assistant Professor and Director of Global Women’s Health at the NYU School of Medicine, and also volunteers with Doctors Without Borders/Médecins Sans Frontières (MSF). She runs the Empower Lab at the College of Global Public Health at NYU, where she has active research projects on sexual and gender-based violence, intimate partner violence, military sexual trauma, and global women’s health.