So what now? That malevolent orange spectre who’s been awakening us to night sweats these past months has proved that nightmares sometimes do come true. It all turned horribly real on the evening of November 8 when the electoral map of Middle America flooded to a sea of hate-hued red. And there on the winner’s stage he stood, the perfect antithesis to honesty, compassion, and service—enemy to every principle of decency we had presumed our republic to be built on. Not in our sickest of dreams could we have built a better monster.

But build him we did, whether by our reckless consumer lifestyle that impoverishes the planet while enriching its pillagers, or through our worship of wealth and celebrity that empowers charlatans to the throne—or at the very least, by not screaming from the rooftops when we saw the monster coming, crushing facts under foot and dropping barrel bombs of hate speech upon our communities. Let’s be honest: We saw the ogre coming, and all but opened the castle doors and invited him in.

And that, for me, is the ironic thread of hope in the face of this ugly threat. We built the monster; we can dismantle him.

I am a white, middle-aged male, ostensibly spared for now from the new regime’s more immediate anti-minority aims. But I am also a journalist and a conservationist, a champion of wildlife, wild places, and universal compassion for our fellow creatures—causes whose moral foundations have become bulls-eyes under the budding fascist state. Free press and the scientific pursuit of truth? Bombs away! Endangered species? Renewable energy? Animal rights? Peaceful co-existence? Load and fire!

Recently I have had colleagues tell me they’re tossing in the towel, that their endless battle against nature’s demise has just become the hopeless cause. I don’t buy this white-flag mentality. Yes, the vandals have stormed the castle. But no, I don’t hear defeat. I hear a rally cry.

Anthropologists remind us that we are all rather recent descendants of small egalitarian tribes, who had ways of dealing with the cheats and liars and power-hungry despots who have always arisen to infest human society. Our stone-age ancestors didn’t kowtow to the bullies; they formed coalitions and ran the scoundrels out. We are still such tribesmen at heart, and we are the majority. And we will soon be joined by those who, in their jobless desperation so tragically voted for the billionaire who steals from the poor, will eventually realize they’ve been fleeced. Tyrants take note: The natives are getting restless, and our numbers are on the rise.

I have no innovative advice for fighting the monster. I will be marching with my compatriots in the traditional shows of peaceful protest and solidarity, hounding my representatives to start doing their jobs, and writing as always in defense of those creatures who have no voice. I will continue my one-person campaign against the unsustainable lifestyle that our enemy so shamelessly flaunts. For me, no factory farmed meat (fewer greenhouse gasses, less suffering of sentient beings); no kids (too many out there already); less driving, more walking (smelling the flowers, not subsidizing the fossil fuel cartel).

But I do have in mind a diabolical new form of guerilla warfare I will be waging from the shadows. I will be tracking the daily insults of our naked new emperor, and answering each with what must be the ultimate counterpunch—a random act of kindness: An extra-big bear-hug for my dog; an anonymous shoveling of my elderly neighbor’s driveway; a hike up my favorite mountain for a moment of silent gratitude to honor her unspoken beauty.

And I will imagine each such act of kindness telepathically transported to that small-hearted fellow occupying the Oval Office, where he will sense an invisible little sting or burn—like the sprinkling of holy water from an exorcist. My mischievous little mind then imagines millions more disenfranchised Americans doing the same, then billions like us around the world, all of us joining together in spreading kindness like the plague, eventually driving the madman screaming out of office and into the streets, where we will wrap his muttering wretchedness in a warm blanket and treat him at last to the loving care his poisoned soul so needs.

This could be fun. But I have to be running now. I see I already have a backlog of hugs on this morning’s docket.

Will Stolzenburg is an author and conservationist, whose latest book is Heart of Lion: A Lone Cat’s Walk Across America.  Follow him @willstolzenburg and find his books at www.willstolzenburg.com 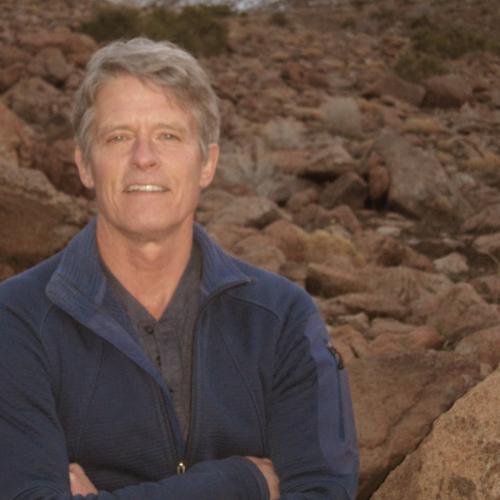 Will Stolzenburg is an author and conservationist, whose latest book is Heart of Lion: A Lone Cat’s Walk Across America. Follow him @willstolzenburg and find his books at www.willstolzenburg.com