To the fearful and disheartened majority,

And a quick piece of advice: Don't ask strangers in wheelchairs what happened to them. That might seem pretty obvious but you would be surprised. Develop a sincere connection with someone first. Then you can ask.

My wife gave birth to our first child, a son, on November 5, 2016. Theo. Theo Elliot Weinstein. He's just the best. He likes sleeping during the day. Not so much at night. That's been fun. I've had a lot of time in the middle of the night lately to get some thinking done. I've been thinking about how my son's experience of the world is going to differ from mine. His generation's relationship with technology will be unrelatable to us. He's going to grow up in a different part of the country than I did. I'm from Boston.  But mostly I've been thinking about what it will be like for him to have a dad with a disability.

My son is not going to know that I'm disabled. At least for a few years. Eventually it's going to be pointed out to him. I don't know what age he will realize that I'm different. Two years old? Four? Six? I don't imagine it will be much later than that. Regardless, he won't know anything other than a dad in a wheelchair. He will always have the awareness that people with disabilities have the same spark of humanity as anyone else. He will always see the person before he sees their chair. Or their crutch. Or cane. Or hearing aid. Or limp.

Our president-elect doesn't. He really doesn't. He mocked us. He actually mocked us. Ann Coulter defended it by saying he was just doing a "standard retard." That was her defense! The problem isn't even necessarily that Trump and Coulter say it. It's that so many Americans are fine with it.

Art and media now have a moral imperative where the representation of people with disabilities is concerned. We are already underperforming. Twenty percent of Americans live with some form of disability. Twenty percent. Two percent of characters on TV have a disability. I'm not making those numbers up. Our political leaders at the highest levels for at least the next four years are not going to be pushing agendas that contribute to the inclusion and dignity of people with disabilities. Art and media has to be the avenue through which we normalize the idea that people with disabilities can be and are valuable, contributing members of society and their communities.

I don't write enough. Now I'm going to write every day. It's the only way these stories will be told. You, dear reader, you write too. Even if you're not a writer. Write for others or write for yourself. Write poorly. Write well. Write your congressperson, senator, state assemblyperson, and governor. Write a love letter. Don't write hate mail. Write a diary. It's not therapy, but it's therapeutic. And something about writing always becomes productive.

By having me as a father, my son will know that disability does not diminish a person's humanity and value. Where are his peers going to learn this? To me, good art does one of two things. It can hold a mirror up so we can see who we are. It can also point society towards where it's going. Like Obama, I believe that the long arc of history bends towards justice. Artists have to be the ones to bend that arc for people with disabilities right now. Actually, of course, we have to do it for all vulnerable communities. I don't want to sugarcoat my feeling here. Sometimes the arc bends backwards for a while. Things are about to get worse. But we must maintain the fight. Eventually we will win.

Lastly, if you have some spare cash, donate money to the Christopher Reeve Foundation. Spinal cord injuries suck. 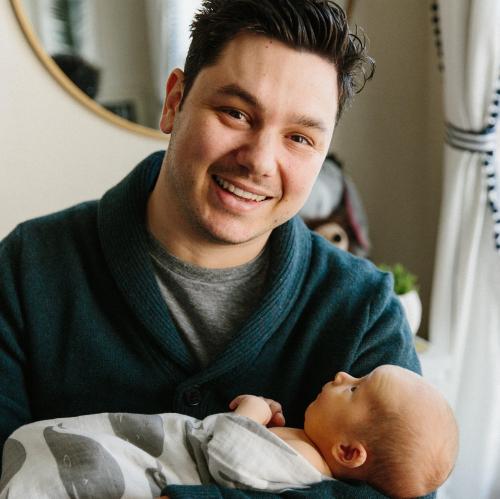 Zack Weinstein is an actor, motivational speaker, and Christopher Reeve Foundation ambassador. Catch him as Luke on the YouTube Red original series, ""Sing It!"" Zack lives in Los Angeles with his wife, newborn son, and two dogs.